“Back to the Future,” that is.

Feb. 26-28, 2021, Pensacola‘s all-inclusive pop culture convention will celebrate the classic “Back to the Future” franchise with a number of stars from the film series as its first announced guests. Joining in the celebration will be:

These are the first announced guests of the dozens of actors, artists, writers and other pop culture figures who will appear during the 2021 edition of Pensacon, which is set to return to the Pensacola Bay Center and multiple additional venues throughout Pensacola.

ABOUT PENSACON: Pensacon is an all-inclusive pop culture convention for the fan community, spanning the genres of comics, anime, science fiction, horror, gaming, and fantasy. The eighth annual convention is scheduled for Feb. 26-28, 2021, in downtown Pensacola, with venues to include the Pensacola Grand Hotel, Pensacola Bay Center, Saenger Theatre, Rex Theatre, Pensacola Little Theatre and several facilities of the University of West Florida Historic Trust. More than 30,000 attendees are expected to meet dozens of celebrity guests, browse and purchase pop culture collectibles on the vendor floor, sit in on interactive panels with celebrities, attend informational workshops, participate in contests, and socialize with fellow fans. 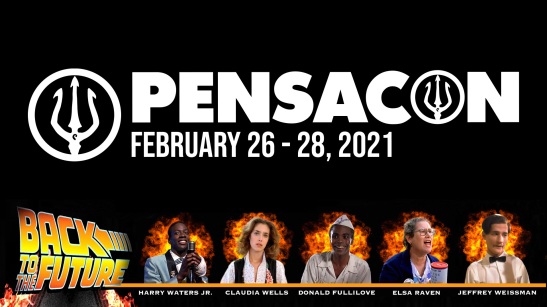