The Escape Ensemble Returns to The REP Theatre 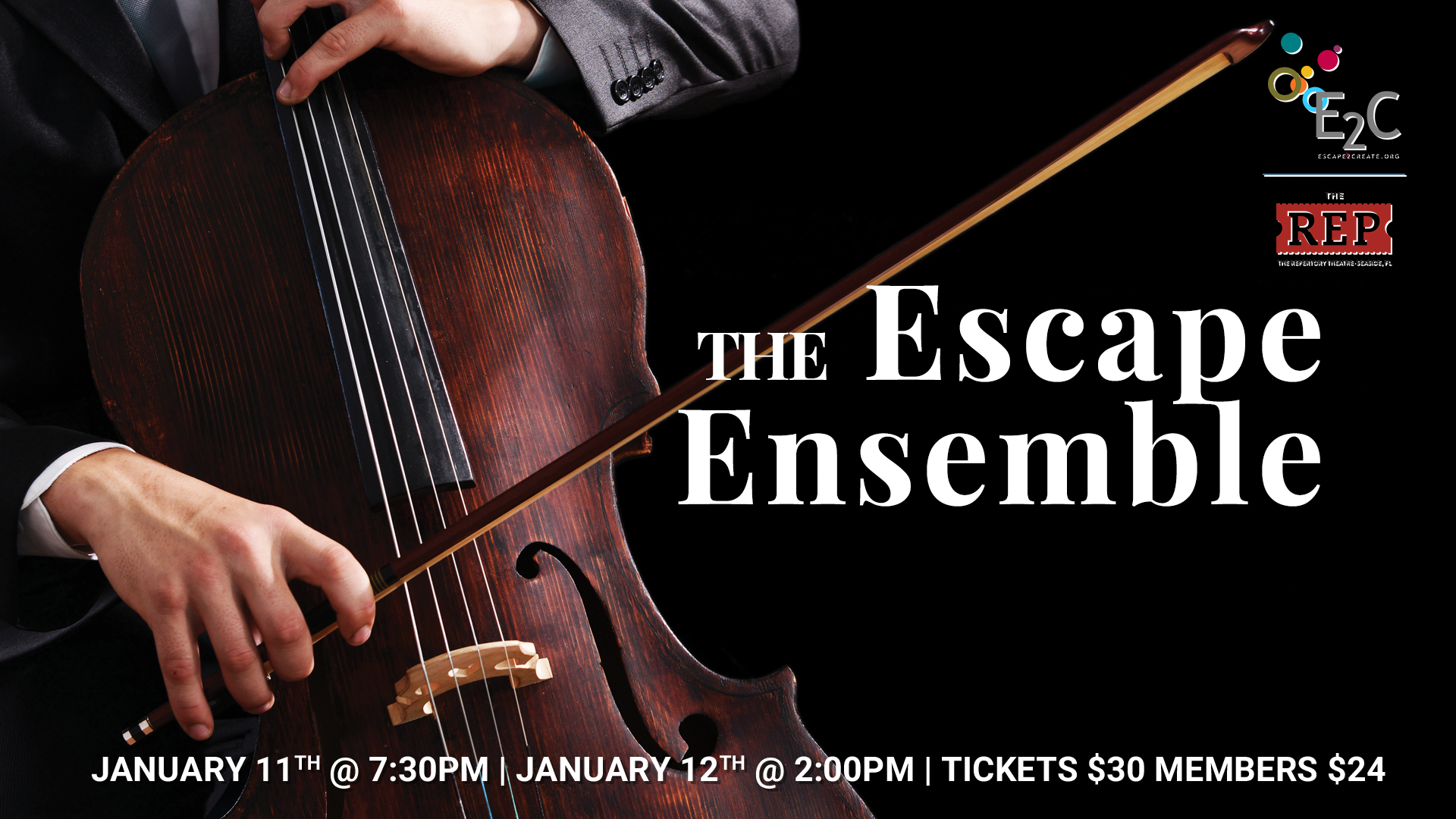 The Escape Ensemble
Saturday, January 11th at 7:30 pm & Sunday, January 12th at 2 pm
Tickets: $30 and $24 for REP Members
The REP Theatre in Seaside launches an exciting New Year of live theatre, films and multi-genre music concerts with the highly anticipated return of The Escape Ensemble, the classical chamber group of emerging young professionals assembled by Seaside’s Escape To Create Arts Residency. Hailed for their charismatic performance and dazzling virtuosity, top students from America’s highest-ranked music conservatories will perform beloved chamber classics by Chopin, Mozart and Telemann and will introduce new works by leading American composers on Saturday, January 11th at 7:30 pm.  In response to their sold-out concerts in 2018 and 2019, an encore performance has been added on Sunday, January 12th at 2:00 pm at The REP Theatre. 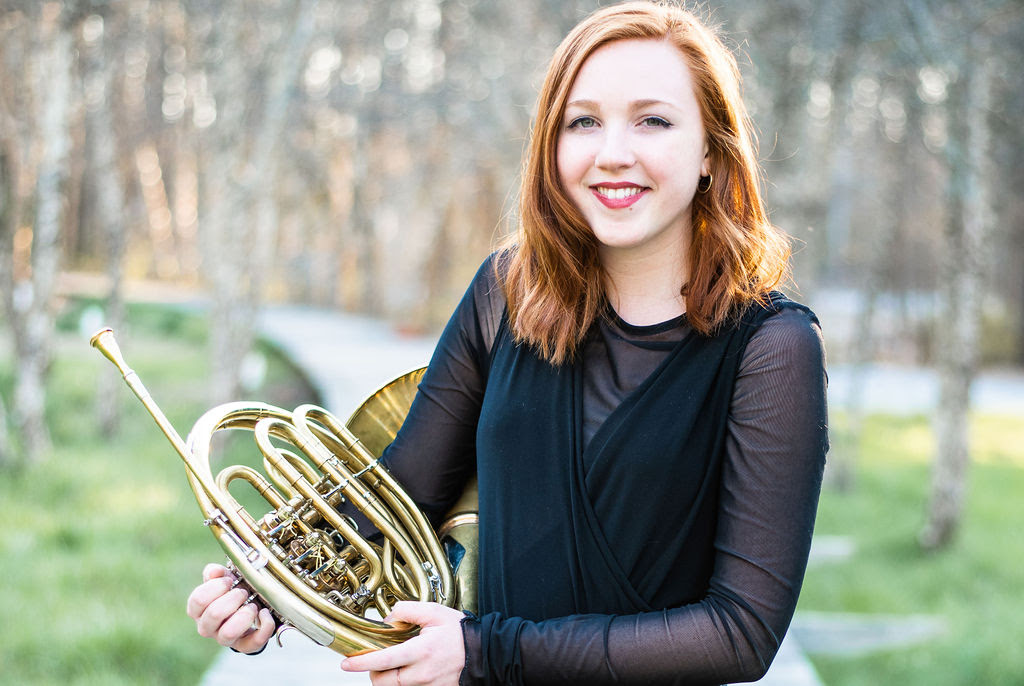 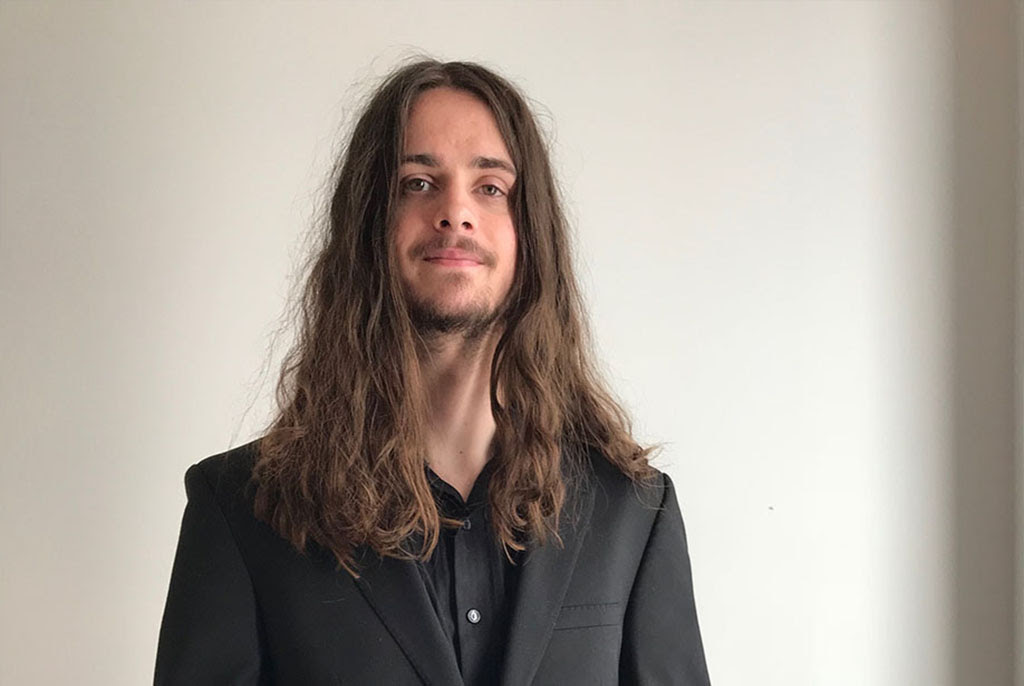 Jacob Mason, Piano
Celebrated pianist Jacob Mason made his debut with the New World Symphony in 2013. He is a recipient of numerous awards including Interlochen’s Mandy Summer Artist Award and the prize of the Miami International Piano Festival Academy’s Concerto Competition. Following two years of study at New England Conservatory of Music, Mason now studies with internationally acclaimed pianist Kevin Kenner at Frost School of Music, University of Miami.

Hannah Culbreth, French Horn
Hannah Culbreth is a fourth-year student of french horn at the New England Conservatory of Music. Shortly before her 2019 Escape Ensemble fellowship, Culbreth made her Carnegie Hall debut with the New York String Orchestra as principal horn. Following summer touring with ensembles in South America, Asia, Canada and the U.S., Culbreth also performed as second horn with the Atlanta Symphony Orchestra. 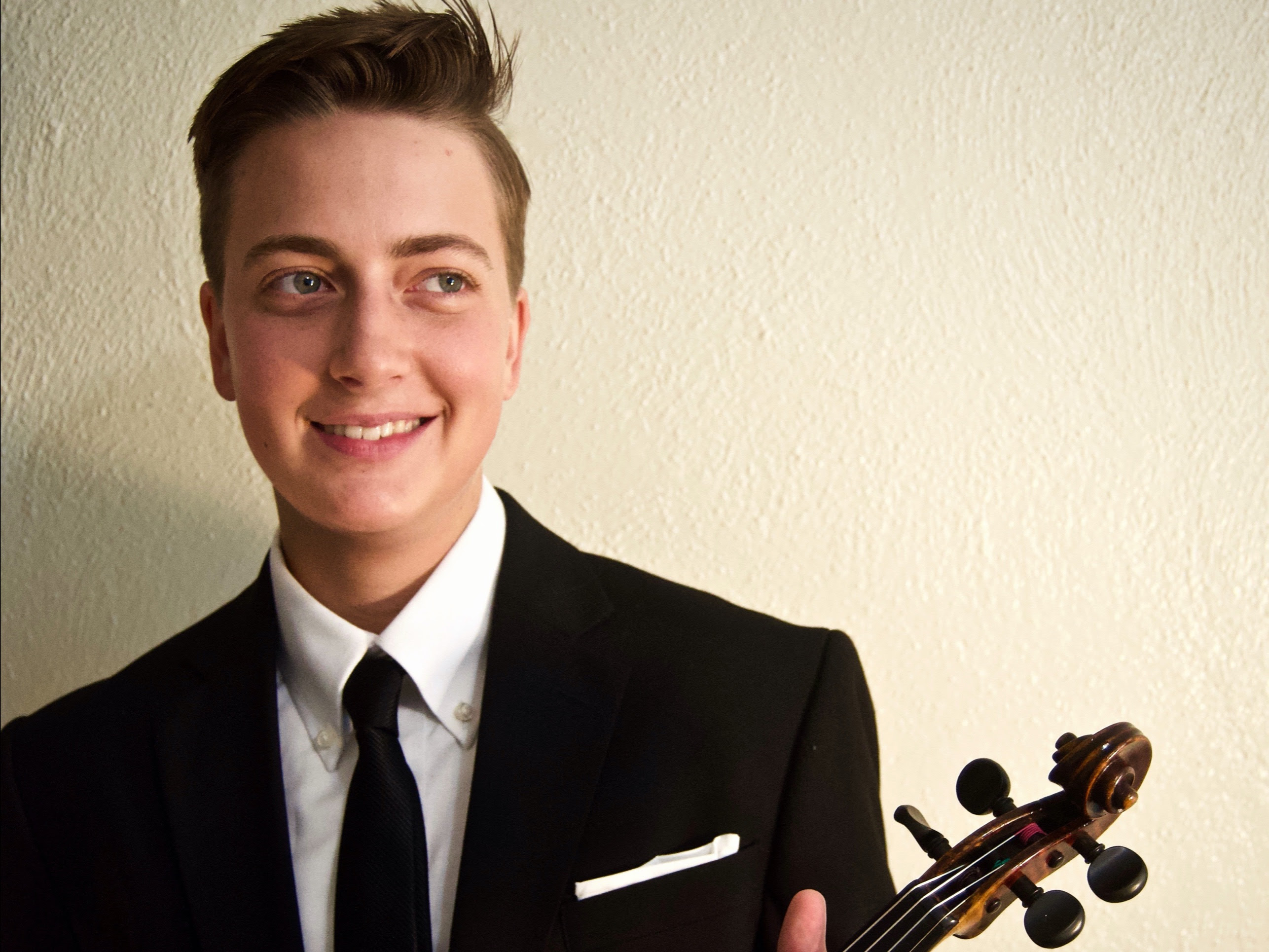 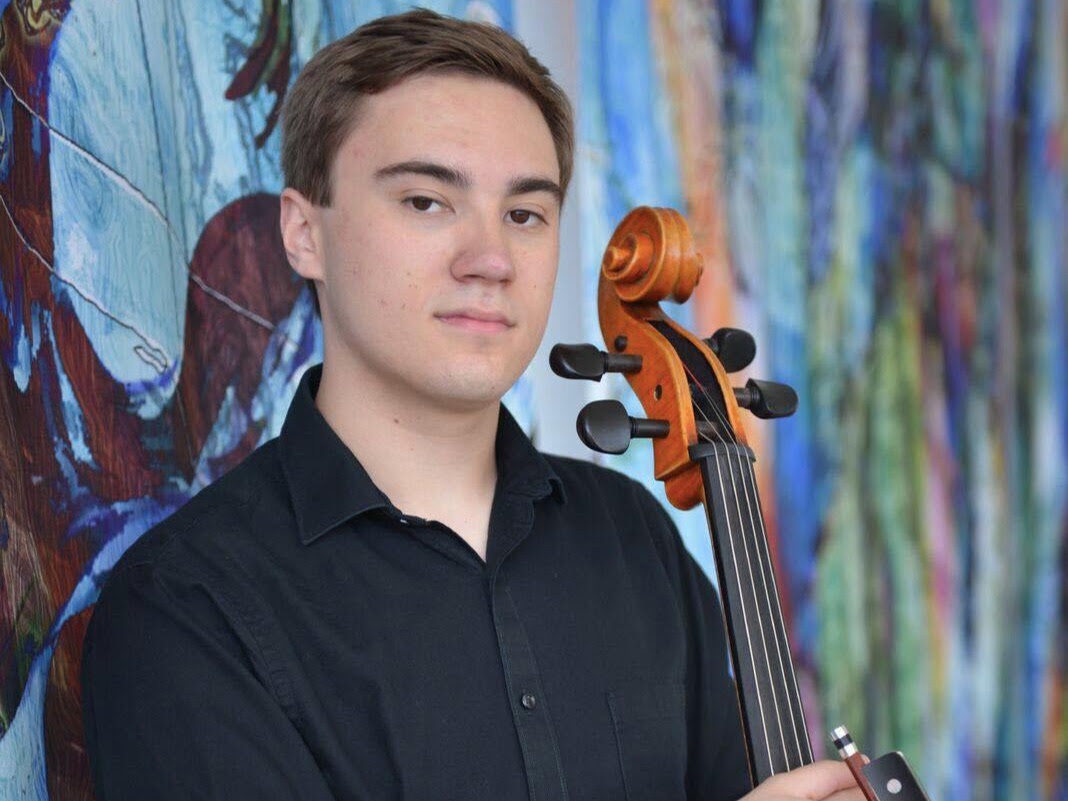 Cellist Kyle Stachnik and violinist Laurence Brooke are new members of The Escape Ensemble. Now a senior at Frost School of Music where he studies with international teacher and performer Ross Harbaugh, Stachnik previously studied at Interlochen Arts Academy under the instruction of Crispin Campbell.  Stachnik has also studied with prominent string quartets including the Jupiter and Bergonzi Quartets and has performed at major music festivals around the country including the National Orchestra Institute, The Round Top Festival and the Monticeto International Music Festival. A versatile classical violinist who also performs bluegrass fiddle, Laurence Brooke is currently pursuing a masters at the University of North Carolina School of Music. He previously studied with famed violinist, international chamber musician and pedagogue Charles Castleman at Frost School of Music. Brooke has twice had the privilege of attending the Castleman Quartet Program, an intensive workshop in solo and chamber performance with legendary mentors such as Itzhak Perlman and Yo-Yo-Ma.

The Escape Ensemble will also perform liturgical Renaissance and Baroque era masterworks during January Sunday services in The CHAPEL at Seaside starting at 9:30 am and again during the fellowship gathering at the conclusion of service. A final concert is planned for Sunday, January 26th as part of a special music and prayer program. Pop-up performances and classroom visits are planned throughout the month as well as a presentation at the Coastal Branch Library on January 13th at 1:30 pm. The Escape Ensemble is under the artistic direction of noted Miami educator and composer Dr. Dorothy Hindman, a distinguished E2C Fellow.

The REP Theatre and Escape To Create are longstanding partners in introducing exceptional music artists of all genres to the region. In addition to world-class classical chamber music, The REP will host singer-songwriter Caroline Cotter on Saturday, January 25th at 7:30 pm. Jazz artists Zakk Jones on guitar and vocalist/pianist Jackie Myers will perform as E2C’s annual Valentine to 30A concert on Saturday, February 15th at 7:30 pm.  For additional information or ticket purchase, visit LoveTheREP.com.  Additional information on Seaside’s Escape To Create Arts Residency is available at escape2create.org.

About Escape To Create
Escape To Create, Seaside’s nationally recognized multidisciplinary arts residency, brings innovative musicians, writers, filmmakers and artists to center stage at The REP Theatre every season. Join us in launching the New Year with superb music performance and extraordinary storytelling by distinguished artists of E2C. Visit www.escape2create.org for information on Seaside’s unique cultural legacy and our 2020 guest artists.

About The REP Theatre
Celebrating its 19th season, The Repertory Theatre is Northwest Florida’s premier professional theatre company. The REP has built itself into a first-rate regional theatre, attracting some of the finest talent from around the world. The REP’s host of talented theatre professionals and group of dedicated volunteers work together to entertain more than 25,000 people each year. Having established an indoor home on the stage of the 75-seat Meeting Hall Theatre in downtown Seaside, Florida, The REP has never stopped broadening its horizons, adding new programming and new venues in Seaside and beyond to better reach its expanding audience base. For five years, The REP has provided a successful drama mentoring programs to area elementary and middle schools that introduces and teaches students all aspects of professional theatre including lights, sound, costumes, sets and stage management. The REP’s mainstage is located at 216 Quincy Circle Seaside, Florida and performances can also be found throughout many communities on 30A. For more information about The REP, visit www.LovetheREP.com