‘Gods and Monsters’ will be available to radio and on all digital outlets on May 10th, 2019. An official lyric video will premiere on the band’s social media to mark the release. 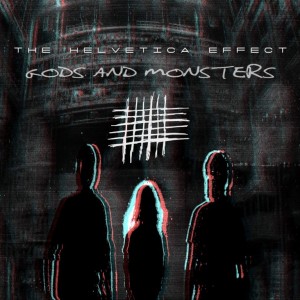 Based in the Florida Panhandle, The Helvetica Effect paves the way for the upcoming release of a new EP entitled ‘The Collapse’ with a new single. ‘The Collapse’ EP will be released in full on June 28th, 2019; pre-orders will be facilitated exclusively on Bandcamp. The EP will be available on all standard digital platforms with physical copies available during their Summer concerts, which includes a stop at Atlanta’s legendary Masquerade the same day.

The release of the single ‘Gods and Monsters’ also marks the first new music from The Helvetica Effect in over four years.

“We are excited to have this music out there,” says vocalist/guitarist Rob Perez. “We have been playing these songs live for almost a year and the response has been fantastic. We are thankful for everyone who has stuck with us and now are celebrating with us – we can’t wait to see where this new chapter of music can lead.”