Pensacon 2015 by the Numbers

Pensacon Delivers $3.8 Million to Local Economy: Pensacon 2015 by the Numbers

PENSACOLA, FL: Pensacon 2015 returned for a successful second year with over 22,000 attendees at the Pensacola Bay Center, the Crowne Plaza Grand Hotel, and the Saenger Theatre over the weekend of February 27 – March 1, 2015. An estimated 2,000 people were turned away at the door after Saturday passes sold out on February 28 when max capacity was reached at the Bay Center.

Surveyors from Majority Opinion Research, brought in by Visit Pensacola, conducted intercept interviews the entire weekend. The data presented in their report paints a vivid picture of just how much the convention has grown in its second year. 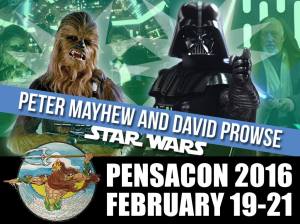 With thousands flooding the downtown streets and businesses, the economic footprint Pensacon left on the local economy was significant and increased by 160% from last year. It is estimated that Pensacon 2015 attendees contributed $3,800,422 to the local economy.

“We’re very excited about the growth of Pensacon from year one to year two,” said Mike Ensley, Pensacon Chairman. “The only thing limiting our expansion now is the lack of convention facilities in Pensacola. It’s time to start a proactive conversation again about building a convention center here.”

“Pensacola was named the third nerdiest small city just weeks before Pensacon proved it’s out grown the largest available venue in the city,” said Manda Manning, director of marketing. “We believe the city has potential even beyond what we are already bringing. We’re just proving it can be done.”

48% of the event attendees from pre-sales were visitors to Pensacola, of whom 100% were aware of the event before visiting and 98% plan to return to Pensacon next year. 84% of attendees rated their experience at Pensacon as positive.

“We had visitors from as far as the San Francisco Bay area and Washington state,” said Manning. “It’s evident our regional reach has expanded as well this year. We’re well beyond a local event now.”

Past attendance, social media and family/friend referrals were the top sources of awareness of this year’s Pensacon.

The official host hotel, the Crowne Plaza Grand Hotel, was completely booked for Pensacon 2015 months in advance and other area hotels
reported being sold out the week prior to the event.

On average, visiting parties to Pensacola attending Pensacon 2015 spent $500.62 during their stay and resident parties spent an average of $326.55, up 85% from last year, in the course of attending the event.

When asked for their feedback on their time in Pensacola, 92% of attendees rated their experience as positive this year, compared to 76% from last year. Also, 100% of the attendees interviewed said they planned to return for a future visit, up from an already impressive 98% last year.

“All weekend long, our attendees and celebrity guests were commenting on how they felt so welcomed and how the city had completely embraced the convention,” said Manning. “We are so appreciative of how involved and supportive Pensacola has been of Pensacon.”

“I am continually impressed and humbled by how our city comes together to welcome all of Pensacon’s guests,” said Pensacon CEO Ben Galecki, “I look forward to planning new ways we can bring even more events to Pensacola with an expansion of our meeting space and hotels.”

Pensacon 2015 is set to return next year February 19 – 21, 2016. Peter Mayhew and David Prowse, who respectively play Chewbacca and Darth Vader in the Star Wars films, have been announced as the first 2016 guests.