One of the many things to love about Blazefest is how they give a local band a shot to play that big ‘ol stage. This year includes two locals on the bill, Heritage and The Helvetica Effect. 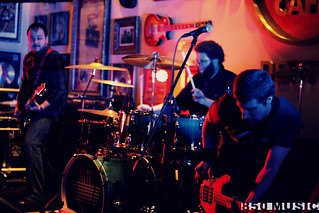 The Helvetica Effect have long been friends of ours. They not only are a solid, local, original band – but they support other bands with a complete sense of abandon and brotherhood. It has been a pleasure to get to know them as individuals over the years.

They also are opening up Blazefest because of their absolute perseverance and devoted local fan base. See, to grab the opening spot you had have facebook votes – it was a music democracy. And they won by a pretty big margin.

One of the many things to love about the band is how vocalist/guitarist Rob Perez is well known for wearing his heart on his sleeve. So, when I asked for a couple quotes to celebrate their Blazefest debut, I knew it would be interesting: 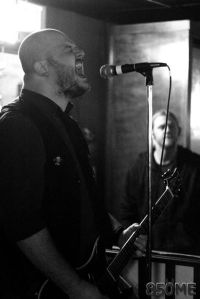 “It is an honor that so many of our family and friends came together to make this happen! To be honest, we’re kinda freaked out that we get to open up for some of our heroes – Chevelle, 10 Years, Nonpoint…but, it’s definitely gonna be an experience we won’t forget.”

“I’m fucking freaked out. I hope this leads to bigger gigs and a bigger eye looking at our music scene, specifically.”

Please get to the Mullet Festival grounds early to cheer on our locals. Show Blazefest what it means to us as a music community to have locals on that stage.

Blazefest is May 24th at the Mullet Festival grounds in Niceville – advanced tickets are $40. Official link: http://www.blazefestrocks.com