Pensacon, the Gulf Coast’s premier pop culture gathering, is thrilled to announce that actor and pop culture icon Anthony Michael Hall will join the guest list for its 2021 convention, set for Feb. 26-28 in downtown Pensacola. 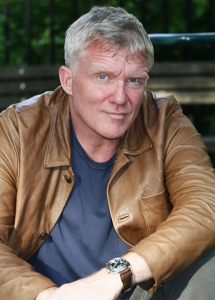 As a teenager, Hall became famous with starring roles in four films associated with writer/director John Hughes, “National Lampoon’s Vacation,” “Sixteen Candles,” “The Breakfast Club” and “Weird Science.” In 1985, at age 17, he became the youngest cast member in the history of “Saturday Night Live,” a distinction he still holds.

A wide variety of prominent film roles have continued since, including appearances in “Edward Scissorhands,” “Six Degrees of Separation,” “The Dark Knight,” “Foxcatcher” and “Live By Night.” He will next be seen alongside Jamie Lee Curtis in 2021’s “Halloween Kills,” the sequel to 2018’s hit reboot, “Halloween.” Hall has also worked extensively in television, including the starring role in the long-running hit series “The Dead Zone” and appearances on “Entourage,” “Community,” “Warehouse 13,” “Psych,” “Riverdale,” “Marvel’s Agents of S.H.I.E.L.D.” and “The Goldbergs.”

In addition to appearing at the convention, Hall will participate in a number of special events throughout the convention weekend, including a screening of one of his classic films, an ’80s theme party and a “Breakfast Club” brunch. Details on these ticketed events will be provided as plans are finalized.

A full list of announced guests is available at pensacon.com.

ABOUT PENSACON: Pensacon is an all-inclusive pop culture convention for the fan community, spanning the genres of comics, anime, science fiction, horror, gaming, and fantasy. The eighth annual convention is scheduled for Feb. 26-28, 2021 in downtown Pensacola, with venues to include the Pensacola Bay Center, Saenger Theatre, Rex Theatre, Pensacola Little Theatre and several facilities of the University of West Florida Historic Trust. More than 30,000 attendees are expected to meet dozens of celebrity guests, browse and purchase pop culture collectibles on the vendor floor, sit in on interactive panels with celebrities, attend informational workshops, participate in contests, and socialize with fellow fans. Tickets and more information are available at pensacon.com.
WANT TO GO?

WHERE: Multiple venues throughout downtown Pensacola.

TICKETS: $60 for a weekend pass, available at pensacon.com. Weekend pass price will increase on Sept. 7, 2020. Single-day tickets will go on sale Jan. 1, 2020. VIP weekend passes are $155, and include early admission to the Pensacola Bay Center, preferred seating at panel venues, front-of-line privileges for celebrity autographs and photo ops, and exclusive T-shirt, space-available parking and other perks. Additional taxes and fees apply to all tickets. 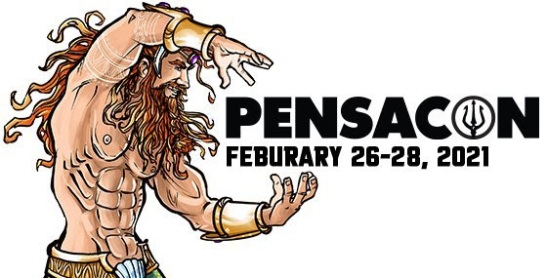