The singing competition juggernaut has launched careers and beamed hometown heroes into millions of households.  Fort Walton Beach resident Aliana Jester hopes it is her turn.

She recently auditioned for the competition, and it looks like she might be on a screen near you.  Jester answered a few emailed questions for us about the opportunity and what she would like the future to hold.

How did you choose which songs to sing for the audition process?
I thought that singing songs that would best show off not only my voice but my genre would be the best way to go. So I picked powerful songs to sing with.

What were you most feeling as you walked into that room?
I felt mostly embarrassed because my dog was more scared than I was and she started crying the entire audition. She stole the show. LOL

If you could sing a duet with any celeb, who would you pick and why?
If I could sing with any celeb, it would probably be either Ariana Grande or Beyoncé because they both have powerful voices as well but I think we could harmonize the best.

Where would you like to see yourself in five years
I would like to see myself hopefully in a relationship with someone that can possibly travel with me while I tour the world and perform for everyone. Hopefully I will be somewhere on the charts by then and have moved people’s hearts to be kind to one another as well.

Keep up with her on social media:

It official guys!!! I will be airing this Sunday on American Idol on #ABC starting at 7PM!!! Don’t forget to watch and you’ll get to see our little service dog Nova Lady in the audition😆
•
•
•@americanidol… https://t.co/0bdAP8WKNg 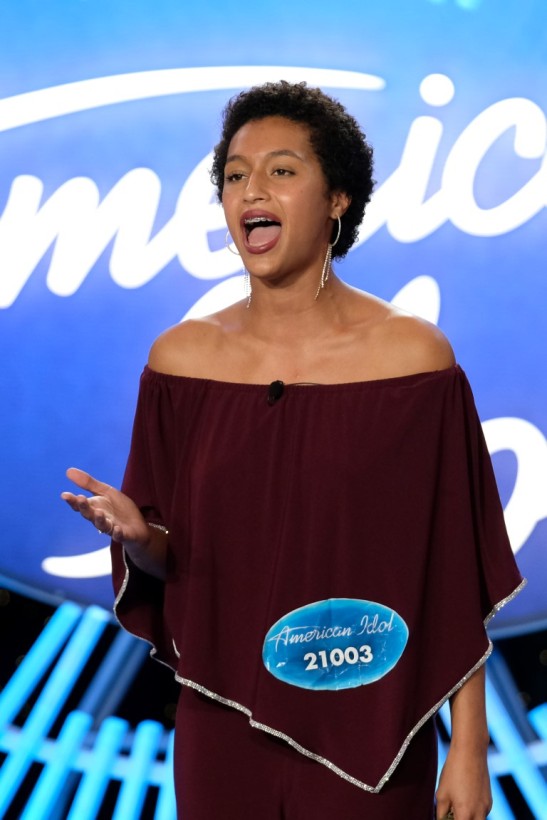