Southern California based Rock band JOYOUS WOLF has released their Roadrunner Records debut EP, Place in Time. Available today at all DSPs, Place In Time is highlighted by lead singles “Quiet Heart” and the EP’s title track, “Place In Time.”

Currently on tour in the U.S. with Buckcherry, Joyous Wolf have also been announced to perform at this year’s Louder Than Life Festival on Friday, September 27th in Louisville, KY. Tickets for all dates are on sale now. For a full tour itinerary and additional ticket info visit, www.joyouswolf.com.

VERIZON WIRELESS has also launched a new ad campaign featuring guitarist Blake Allard and his father, which can be viewed online HERE 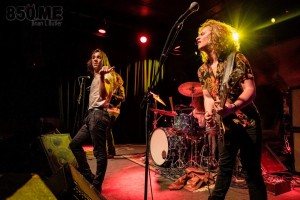 Joyous Wolf is a Rock band from Southern California formed in 2014 by vocalist Nick Reese, guitarist Blake Allard, bassist Greg Braccio, and drummer Robert Sodaro. Reese and Sodaro met on their first day of 6th grade during student orientation. They went to different high schools where Sodaro would go on to befriend Braccio. During that time Reese, by chance, met Allard in the acoustic room at Guitar Center where they would jam CCR’s “Born on the Bayou”. There was an immediate dynamic between the two that ultimately led to an exchange of information. Months later Reese reached out to both Sodaro and Allard with the interest of starting a new project with them. Braccio would soon

In the waning months of 2014 early jam sessions would yield the foundation of what Joyous Wolf has become. Fusing together influences ranging from Heavy Metal to Delta Blues, Joyous Wolf creates an expressive, high-energy fingerprint that separates themselves from their contemporaries in the realm of Modern Rock. 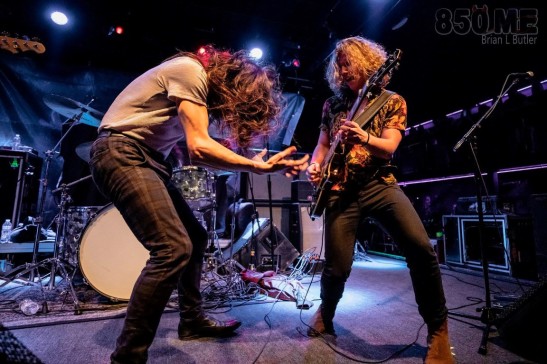 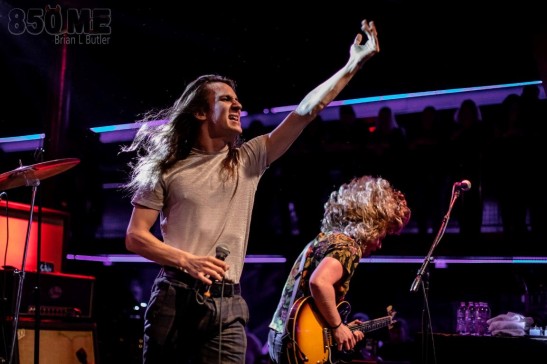 This entry was posted on April 24, 2019 by 850ME in Posts and tagged music review, press release.