Urban legends almost are living organisms: They live among us, able to change and evolve as we do – with sometimes mysterious origins that dabbles in truth.

Gore Orphanage is a movie that takes a popular Ohio urban legend and beautifully strings together additional bits of history from the region and doses of ‘what-if’s that might leave you guessing. 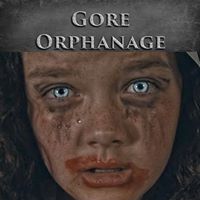 At its core – most of the characters are doing little more than survive, which is something that often twists us into darker versions of ourselves. We are given glances of some of their motives – some of the reasons that shape these questionable individuals into who they are when we meet them.

The movie takes place in a wonderfully dilapidated house that houses unwanted children – and seems to make due with the bare minimum.  But this isn’t all out of the goodness of anyone’s heart – it is a burden to the headmistress.  Mrs. Pryor played by Maria Olsen is not a person who you want to cross.  She has the ability to fool others when it matters and to be utterly scary when it doesn’t.  Ernst played by Bill Townsend is the creepy, lascivious care-taker – and although nothing is really seen, enough is hinted at to make your skin crawl.  Keri Maletto brings Miss Lillian to life – the somewhat doe-eyed teacher who feels as lost as the orphans. The kids all do an amicable job shaking in their falling-apart-boots as Mrs. Pryor doles out uneven punishments.

As a movie – it is more thriller or dark mystery with hints of dark comedy than a pure horror movie. ‘Gore’ might be in the movie’s title, but it is a reference to the road where the urban legend originates – the blood and guts variety is few and far between.  It is an atmospheric story with captivating period dress, all wrapped around a surviving character in the present sharing the story.

Overall, it is an intriguing watch from director/writer Emily Lapisardi and writer Cody Knotts – and when you further consider that IMDb lists this as Lapisardi’s first time in the director chair it’s cause for celebration.

Further more, here’s to more women at the helm of genre movies.

Learn more about Gore Orphanage on their official Facebook page and watch the trailer below.