NEW YEARS DAY TO PREMIERE THE OFFICIAL MUSIC VIDEO FOR “COME FOR ME” TOMORROW, SEPTEMBER 19 AT 12PM ET (LIVE CHAT KICKS OFF 11AM ET)
http://www.youtube.com/watch?v=OhAt-uOY03w
Ash & Co. enlist Caity (SiriusXM Octane), Spencer (Ice Nine Kills), Trey (Gear Gods & In Virtue) and label mates Lex (3TEETH), Juan of the Dead (Body Count), Nishad & Spencer (The Offering) & Alex (Witherfall) for the ultimate video to kick off Halloween season! Tune in to find out who makes it out in the end! 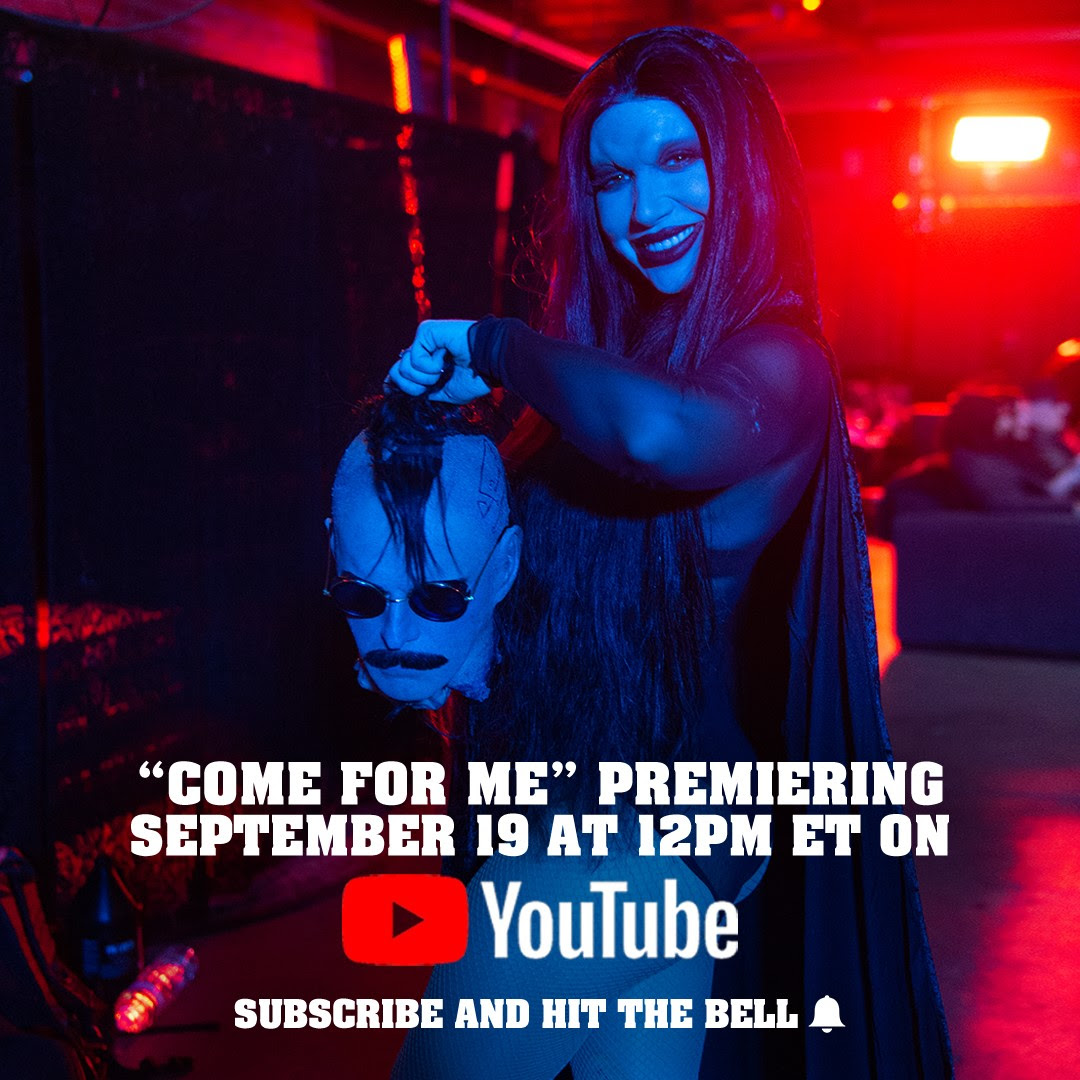 Photo Credit: Stephanie Cabral
NEW ALBUM UNBREAKABLE, FEATURING THE HIT SINGLE “SHUT UP” & NEW SINGLE “COME FOR ME” OUT NOW!
EXCLUSIVE TRAILER, MERCHANDISE & MUSIC TO PURCHASE FROM NEW YEARS DAY, 3TEETH, BODY COUNT, THE OFFERING & WITHERFALL HERE
(Anaheim, CA – September 18, 2019) – New Years Day fans expect top tier cinematic music videos from Ash Costello & co. and on Thursday, September 19 at 12PM ET, fans will experience the band’s biggest production to date exclusively on New Years Day‘s YouTube channel. The fan demanded music video for the band’s newest single “Come For Me” will satisfy everyone. The video is a delectable blend of comedy, horror, gore and glam – everything that they have come to expect from rock music’s breakout band. Check out a sneak peek of “Come For Me” here.
New Years Day enlisted longtime director Robyn August (“Defame Me“, “Kill Or Be Killed“, “I’m About To Break You“) & Matt Phelan of Chisel Pixel Productions) to bring Ash’s vision to life.
Ash Costello states: “Music videos are a very big part of what New Years Day stands for. We really put who we are as people and artists into every single detail and I think the video for COME FOR ME is New Years Day truly becoming something above and beyond visually than we ever have before. It’s no secret that I am highly driven by movies, specifically horror and cult movies, one of my favorite directors is Quentin Tarantino, and COME FOR ME is my nod to some of my favorite Quentin Tarantino movies. Including, “Kill Bill”, “Planet Terror”, “Pulp Fiction” and “From Dusk Till Dawn”. Whether he directed, produced or acted in the movie, everything he’s been involved in as highly shaped who I am as a visual artist. COME FOR ME needed something fun and in your face to match the vibe of the song. My entire goal with the storyline of this video is to make you think of 3 words…. bad mother fucker.”
“Come For Me”, currently impacting Active Rock is the follow up to the top 15 smash “Shut Up”. The official video for “Come For Me” follows their epic reimagining of ‘American Psycho’ for “Shut Up”. If fans are wondering how New Years Day can top taking an axe to SiriusXM’s Jose Mangin, then they need to tune in to see who makes it out of “Come For Me” alive.
Meet the cast of “Come For Me”
Photos by Stephanie Cabral
NEW YEARS DAY: 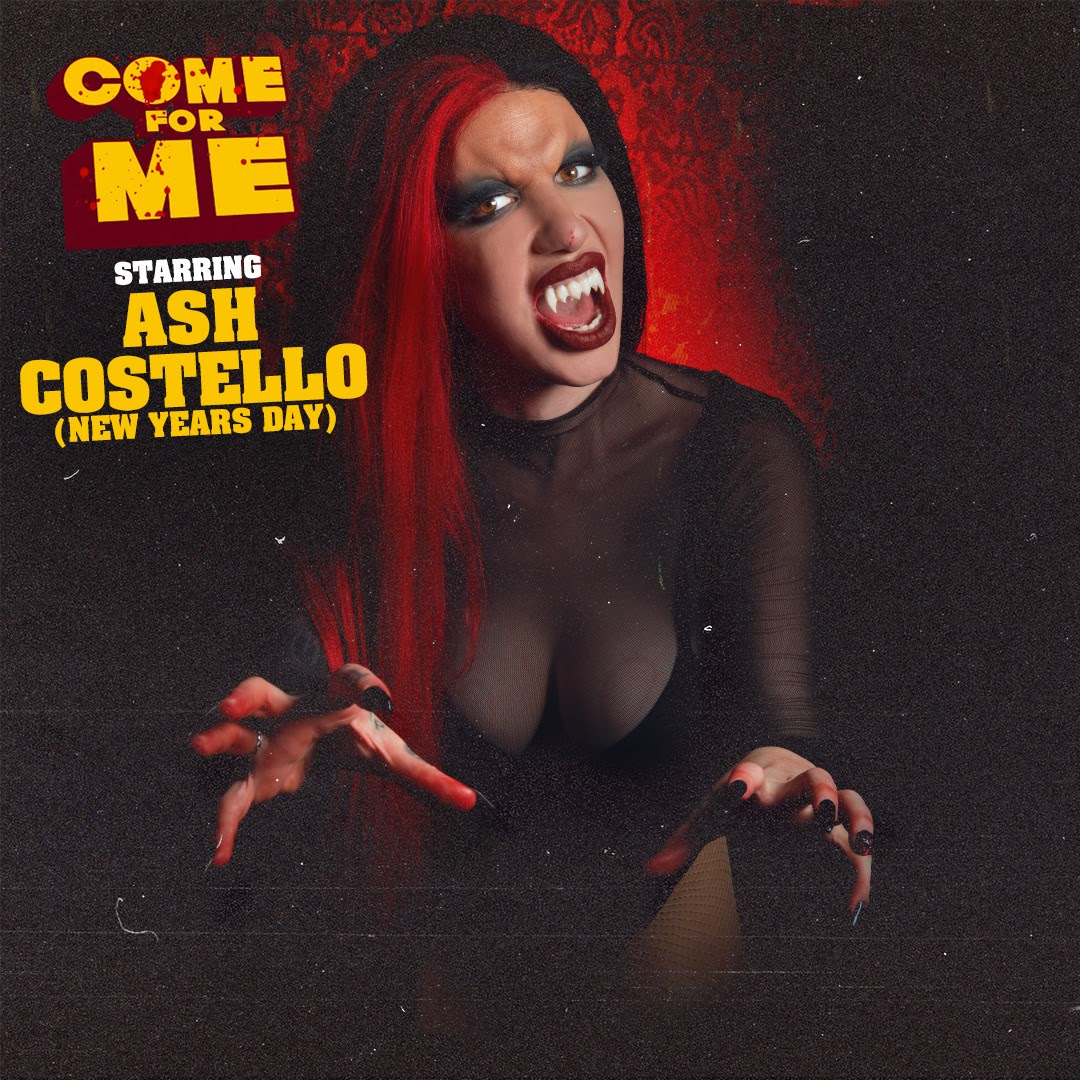 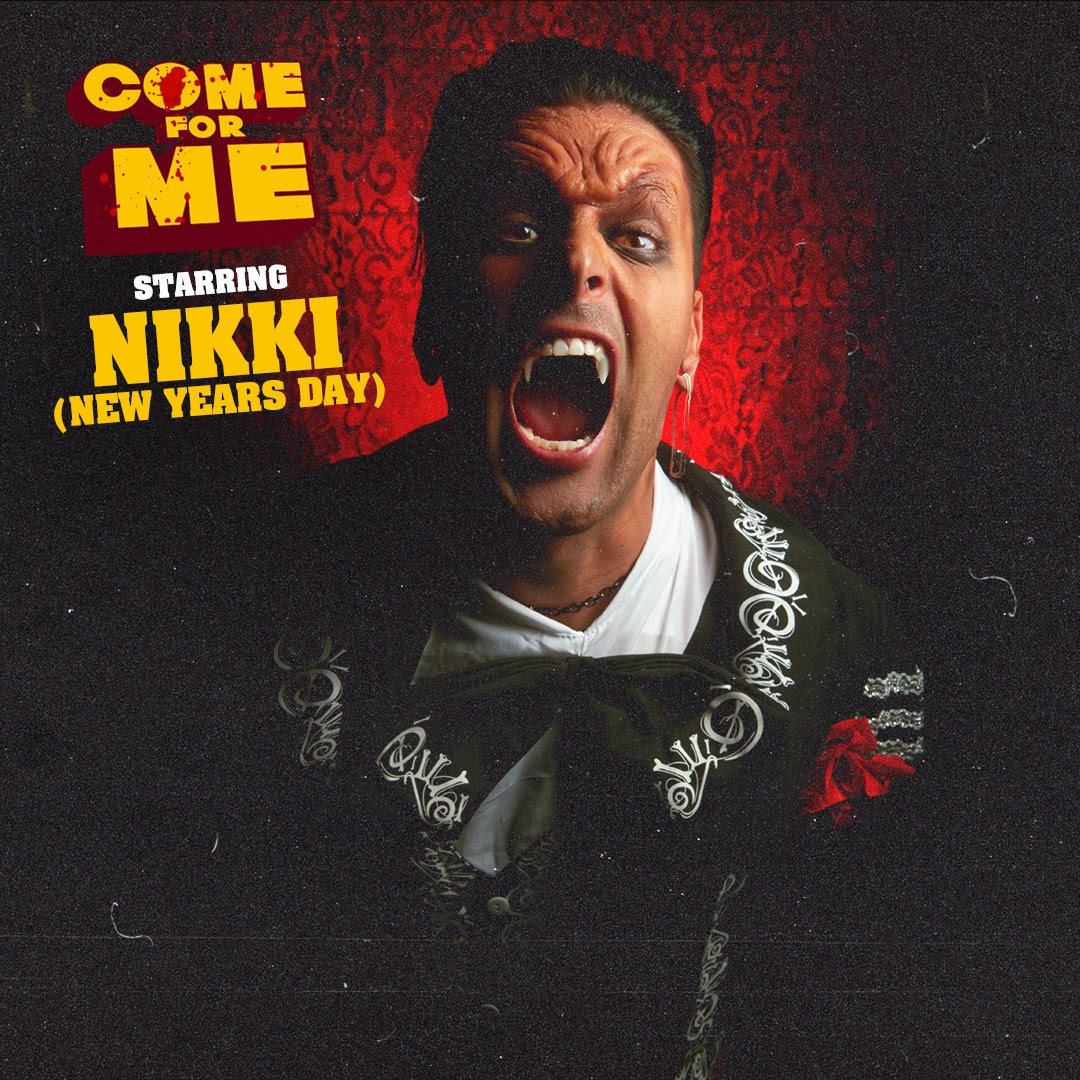 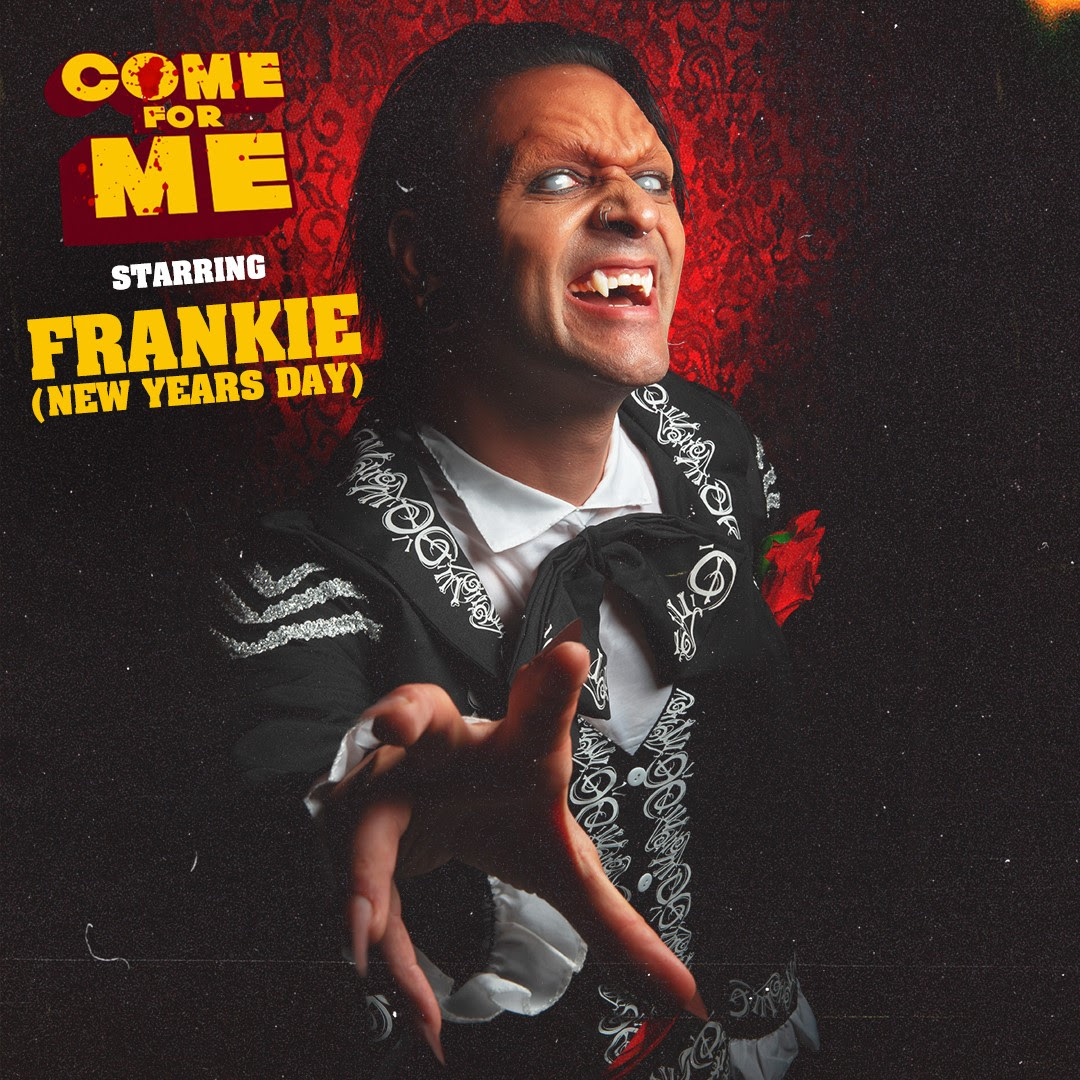 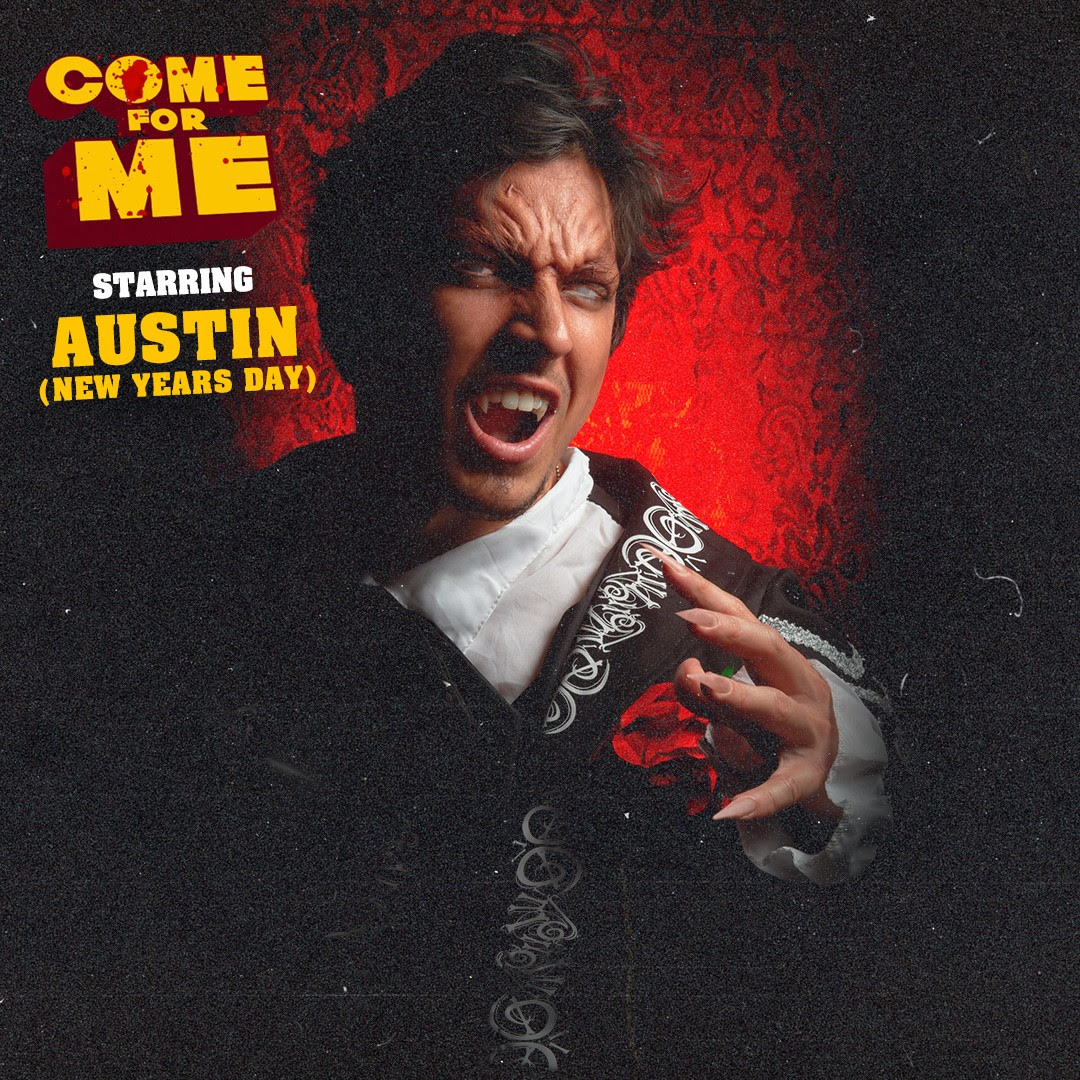 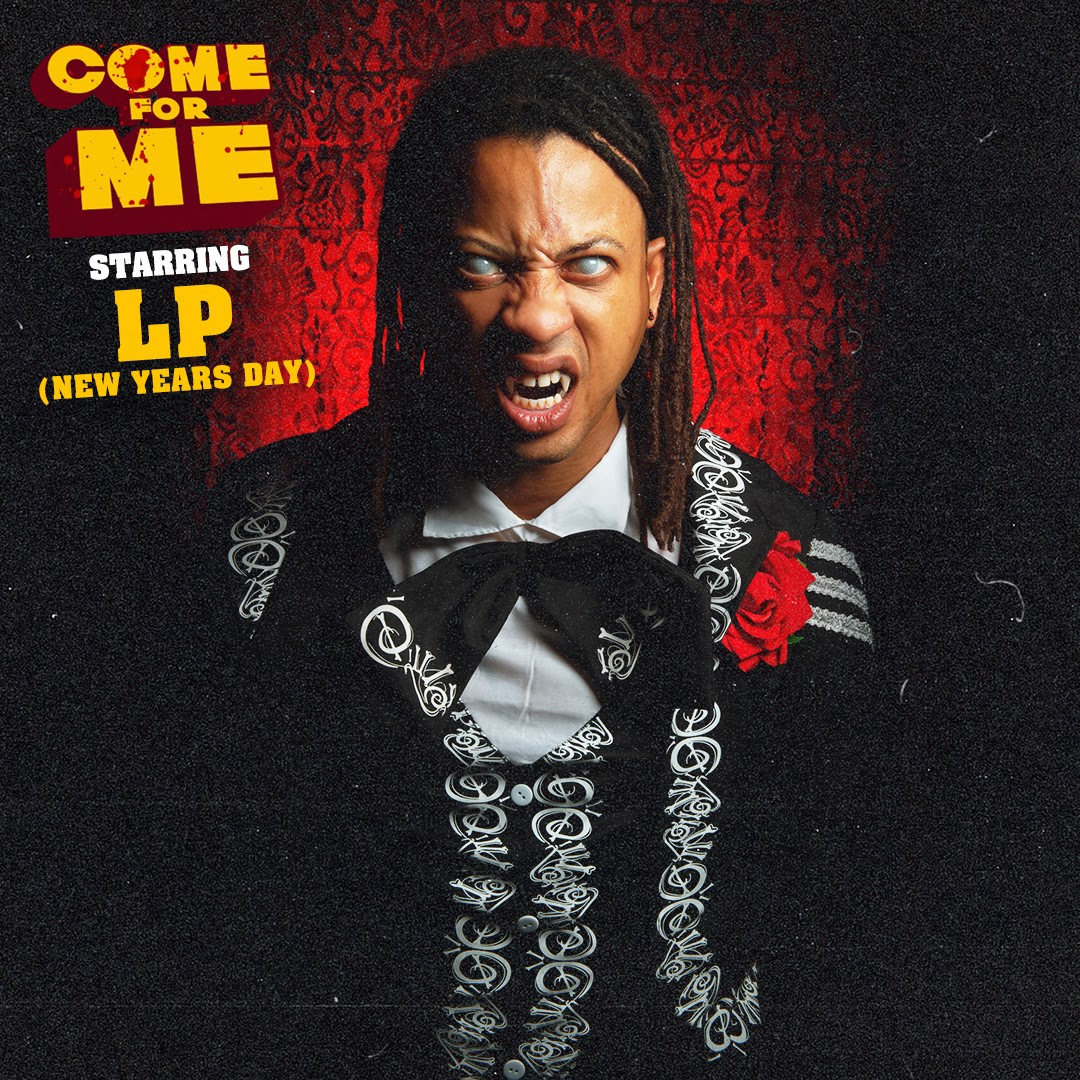 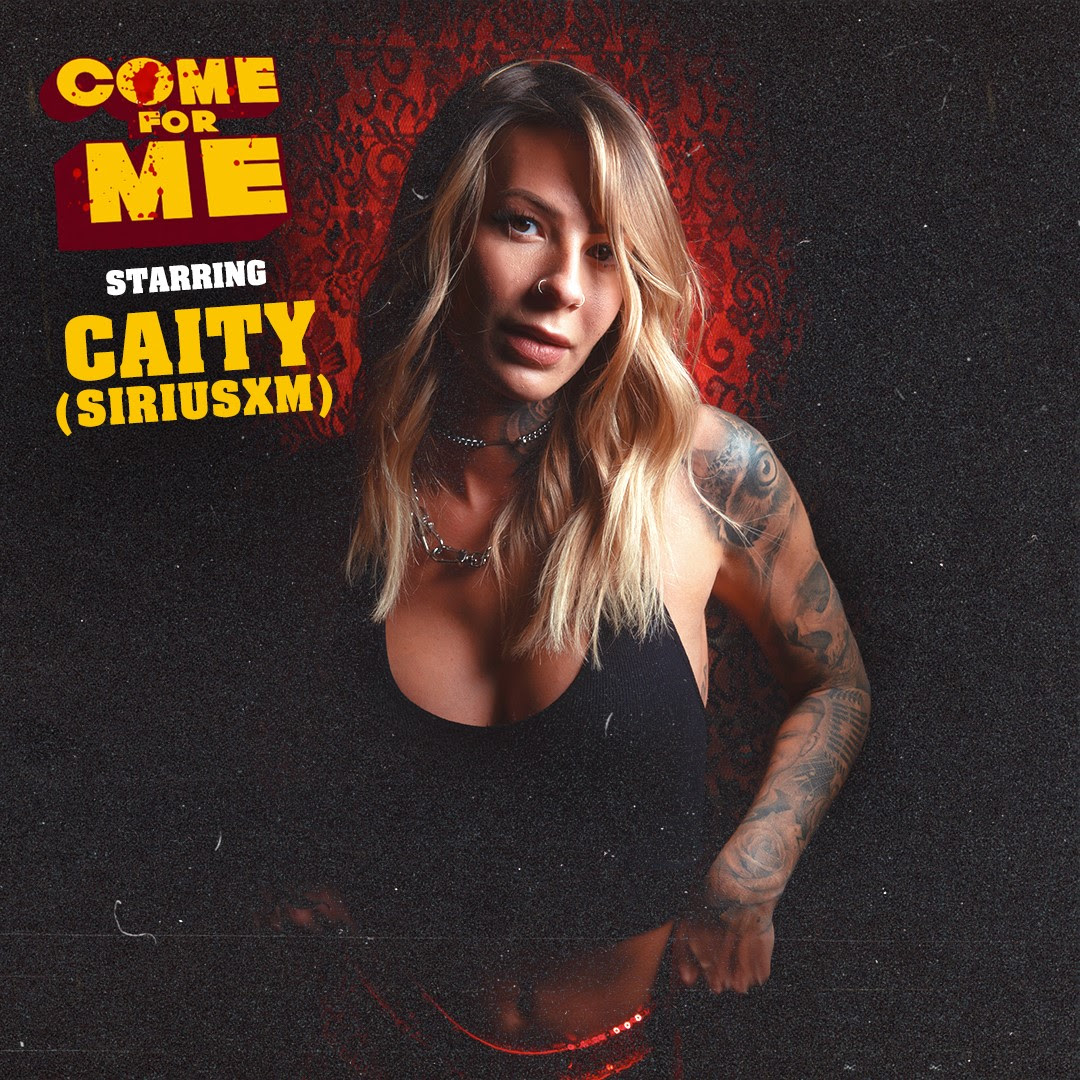 “What an honor it was to be asked to take part in this video! Not only is the song a favorite on Octane, but how cool is it that I got to be in it?! Such a cool thing to be a part of. Good vibes, and good people all around! Can’t wait to tell my listeners that I have a special cameo in this video! What a great day with amazing people! Rock on. To be part of such a unique music video is really awesome. I love this song, and thanks to Ash I got to smash a bottle over some dudes head!” – Caity Babs (SiriusXM Octane) 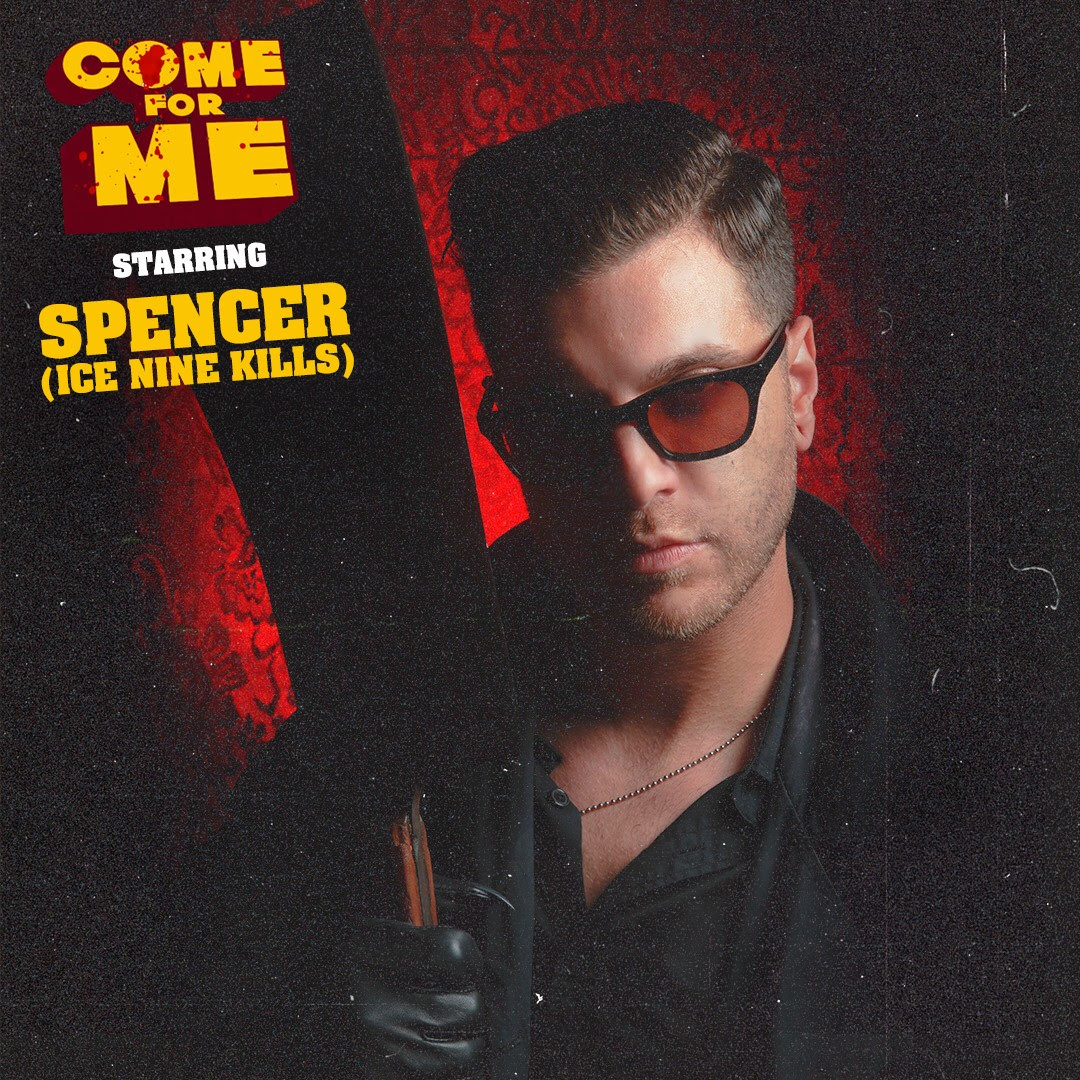 “It was like being on the set of “From Dusk Till Dawn”…but with even more blood and strippers. The song is catchy as hell and it was a pleasure to be involved with my good friends in NYD” – Spencer (ICE NINE KILLS) 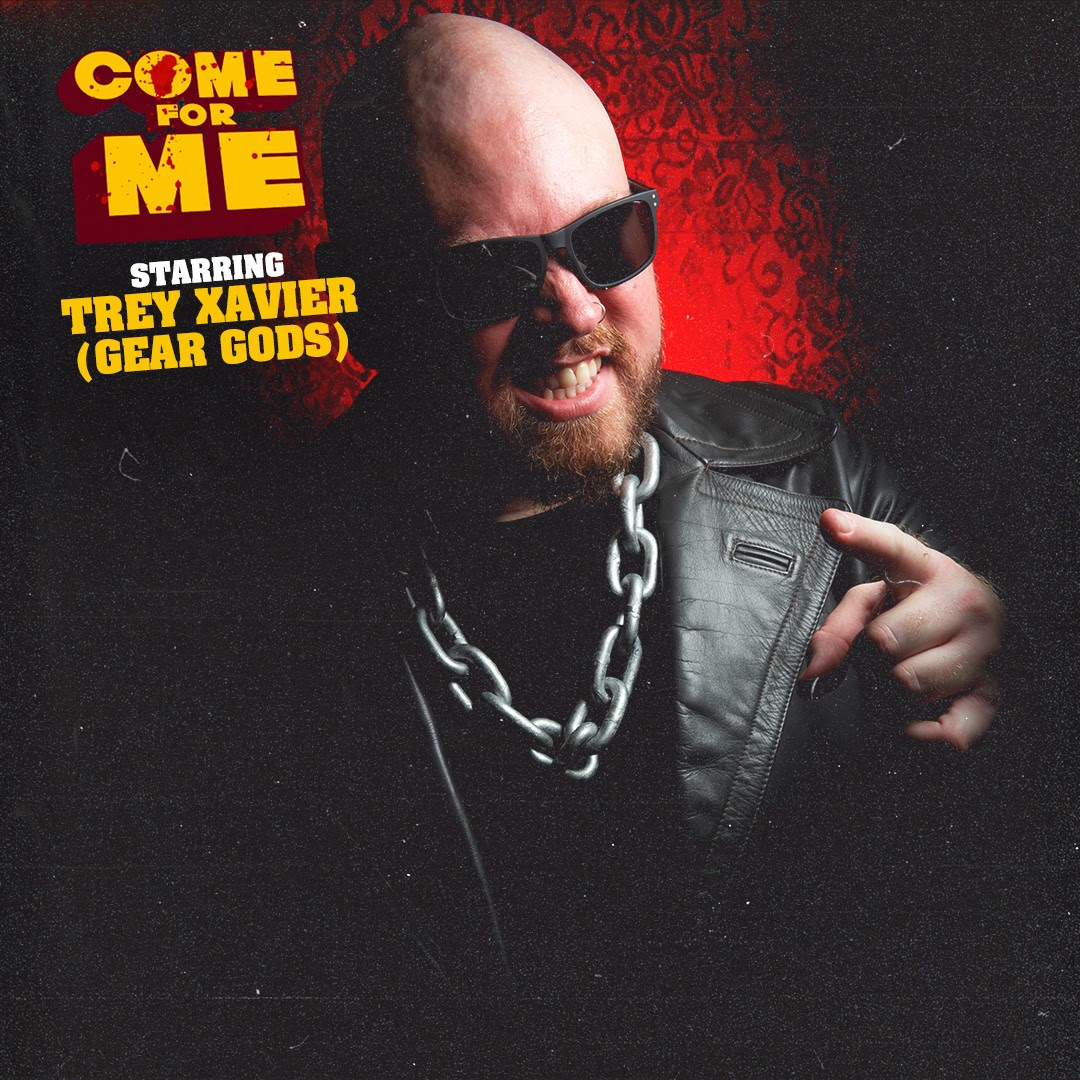 “Getting to play a loathsome slime ball killer onscreen when I’m such a goodie-two-shoes in real life is pretty much the dream, and shooting this video was a total hoot. The director really nailed the Rodriguez/Tarantino vibe and I’m so happy the band let me be a part of it!” – Trey Xavier (Gear Gods& In Virtue) 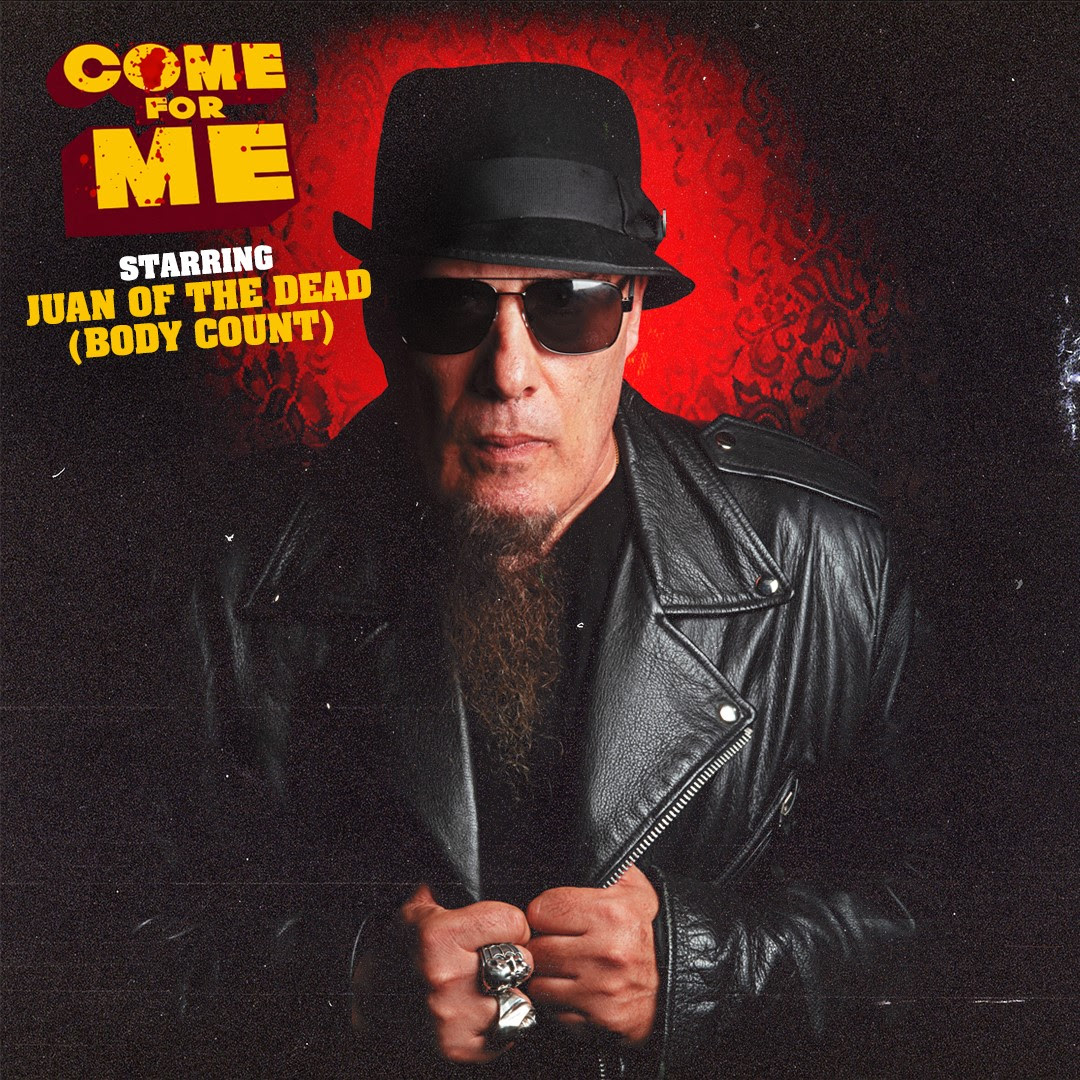 “It was a pleasure to be part of and work with Director Robyn August and Chisel Pixels on the NEW YEARS DAY “Come For Me” music video. The director’s vision along with the creativity of Ash produced for a wild and outrageous setting. The moment I walked into the dark underground dwelling; I felt right at home. The cast and crew were awesome to hang with. Check out the video! Lots of blood, horror, deranged twisted imagery, and killer music!” – Juan of the Dead (Body Count) 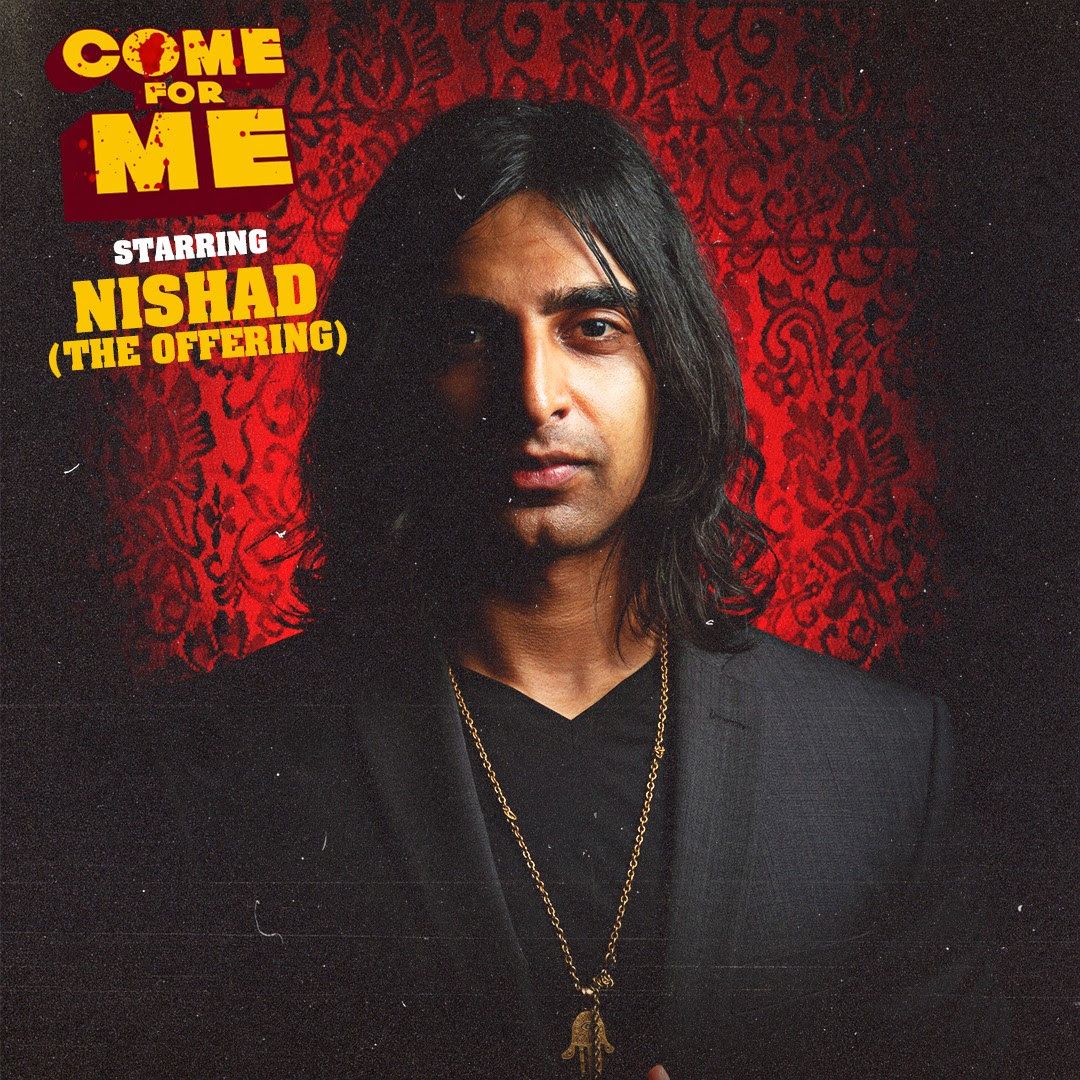 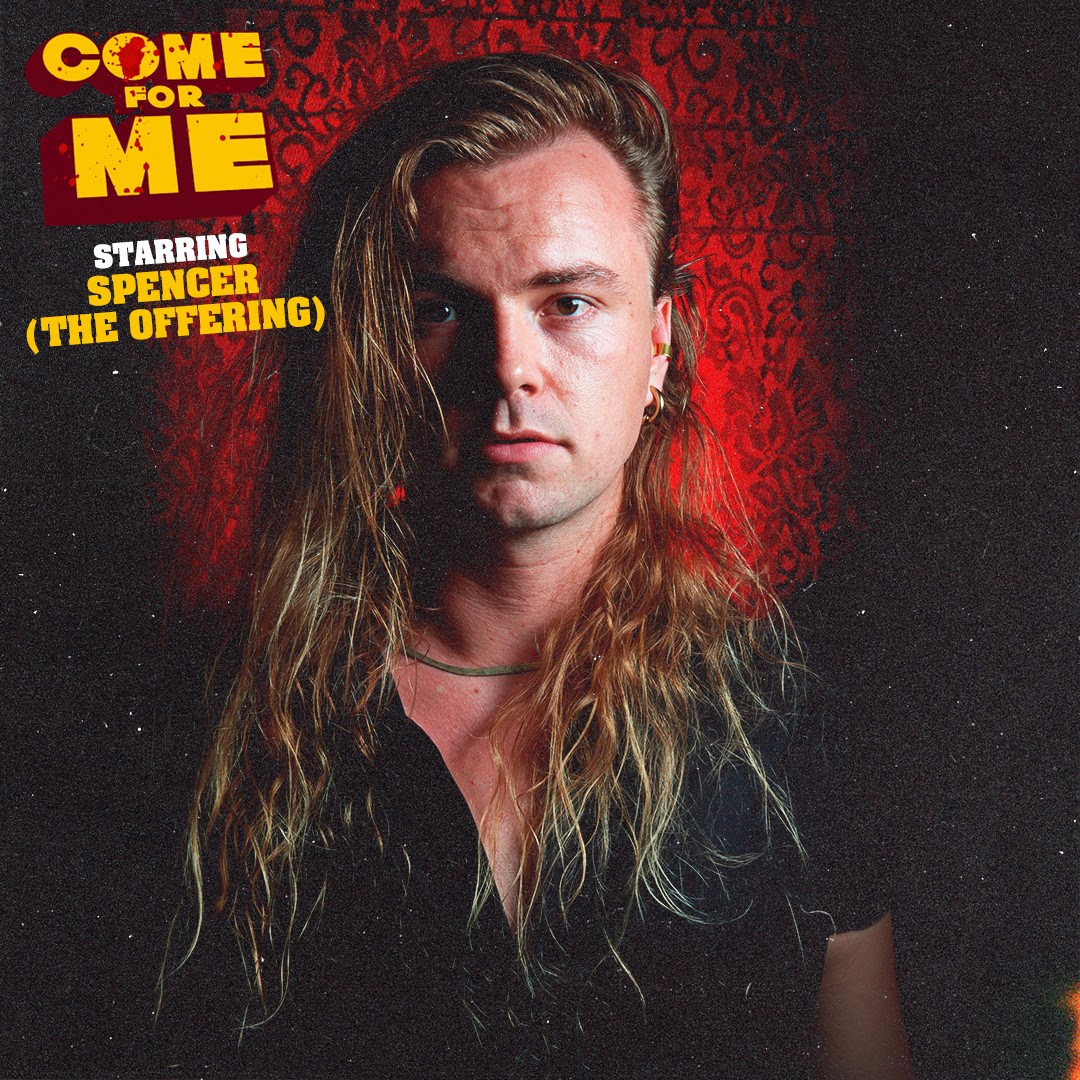 “Spencer and I were beyond ecstatic when we were asked to lend a helping hand with our fellow label-mates and friends…this is the fun stuff that we live for.  Give credit where it’s due to the New Years Day family and the production crew for keeping cool heads and sticking to their artistic vision in the midst of a huge operation; it was our pleasure to be a part of. Cheers to many more from these guys and gal.” – (The Offering) 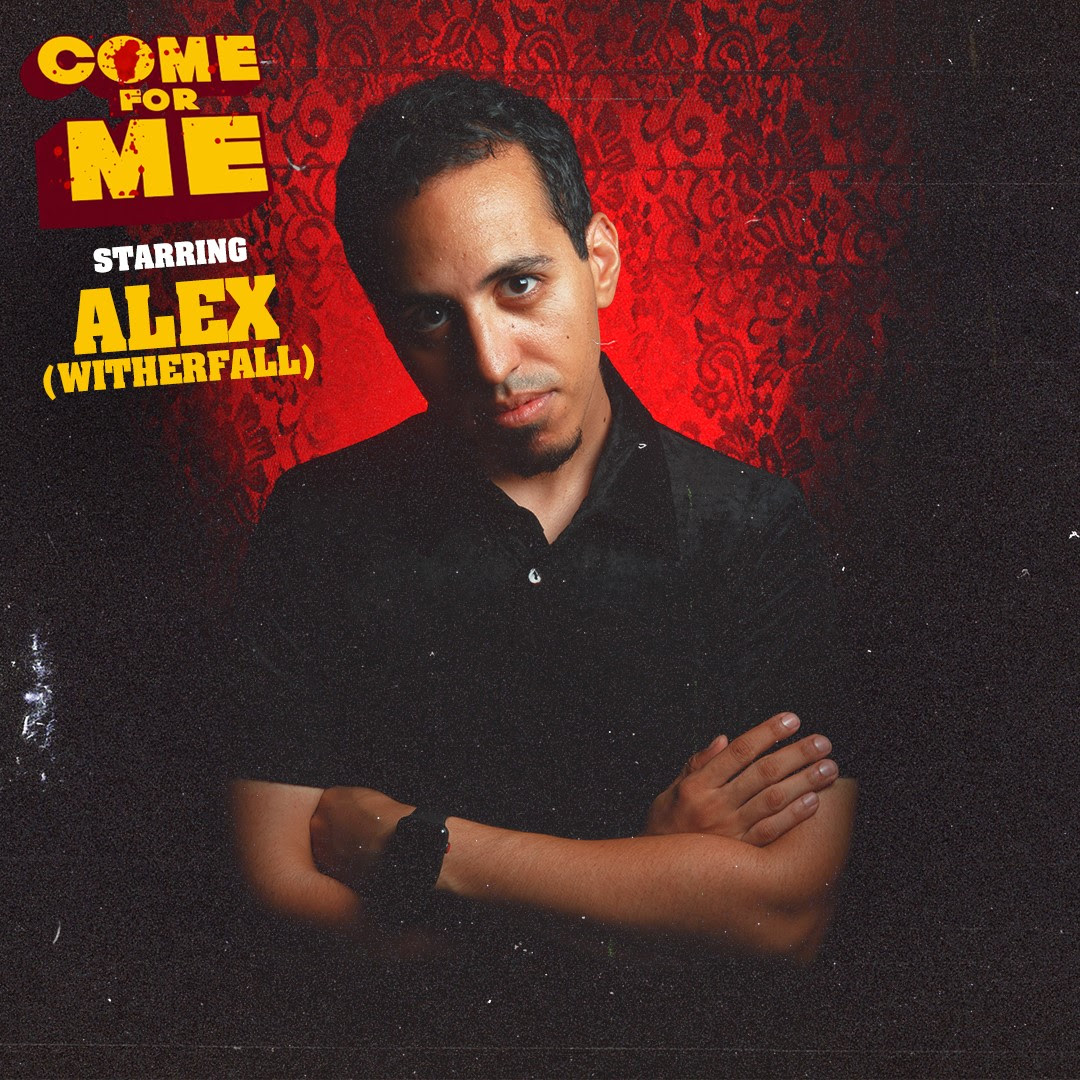 This entry was posted on September 20, 2019 by 850ME in Posts and tagged press release.