“We are so excited to be back for the second year,” shares co-founder Nikki Hedrick of the event. “The community outpouring and the quality of submissions from our regional film community is astounding.”

The mother/daughter team behind 850 Music & Entertainment, with the support from Rock Destin and Club LA, launched Kite Film Fest last year. “We want to give short films an opportunity to be seen on the big screen locally – with a focus on local talent and filmmakers,” explains Heather Hedrick.

After an extensive selection process, 24 short films will be screened at the November 11h event. Films range touch on all genres including comedies, horror, and dramas.

“We want this to be as inclusive of an event as possible,” says Nikki Hedrick. “It is why we made both the submission process and the event itself free. We want to minimize roadblocks for participation both for our local film community and the indie film community at large.”

The film festival is named in honor of their family surname – Kite – especially Heather Hedrick’s parents Gilbert and Ellon Kite. 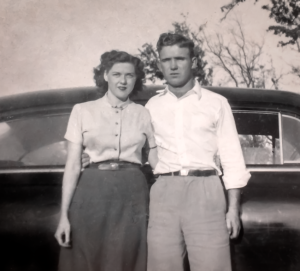 “We are so grateful to be able to have this opportunity to put the spotlight on the quality of production in our region,” shares Nikki Hedrick. “Although the films are mostly rooted in the area, we have international submissions and filmmakers from all over the south coming to attend. Kite Film Festival is an opportunity to support the little guys, local guys, and network with some new faces. I can’t wait to see everyone myself!”

The Kite Film Fest takes place November 11th 2017 at Club LA in Destin. It is a free, open to the public event. Doors are at 6pm, with the screening beginning at 6:30pm.

This entry was posted on November 3, 2017 by 850ME in Posts and tagged kite film fest, press release.