How did Pensacon do?

Curious how Pensacon did?  Well, they are happy to tell you!
(See more of our photos of the event here.)

A Rousing Success: Pensacon 2014 by the Numbers 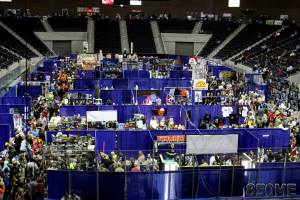 PENSACOLA, FL: Pensacon 2014 has proved an overwhelming success and been referred to as a “game changer” by local businesses, when over 11,000 unique attendees descended on the city at the Crowne Plaza Grand Hotel and the Pensacola Bay Center over the weekend of February 21-23, 2014.

The feedback from the attendees, downtown business owners, vendors, and celebrity guests was overwhelmingly positive, with many of the professionals and fans alike proclaiming it to be one of the most well-run events they have ever experienced. 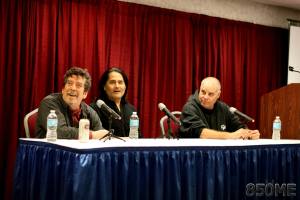 Their report “tells an amazing story – both in economic impact and it terms of positive feedback on the convention and city,” according to Mike Ensley, Pensacon Chairman.

As expected by Pensacon’s marketing team, social media was the main source of event awareness, followed by word of mouth from family and friends, the event website, and billboards.

With three out of four attendees under the age of 45, the average attendee was 39 years of age with a household income of $60,740.

38% of attendees spent the night in Pensacola in paid accommodations and stayed an average of 3.1 nights. Factoring in that all visitors at the event specifically came to Pensacola for the event, it is estimated that Pensacon 2014 generated 5,183 room nights.

On average, visiting parties to Pensacola attending Pensacon 2014 spent $545.20 during their stay and resident parties spent an average of $176.06 in the course of attending the event.

“This has been absolutely incredible. This is a testament to everyone in this area pulling together, from the venue and hotel staff making all the celebrities and guests feel welcome to downtown Pensacola businesses decorating and theming their bars and restaurants. The response I got from

many of our visitors is that this is the most welcoming city and convention they have attended.” Ben Galecki, Pensacon CEO.

“This was one of our top goals all along,” says Mike Ensley, “We wanted Pensacola to benefit as much as possible from Pensacon

and everything we brought with it, and we are thrilled to see that we have accomplished that goal and even exceeded our highest expectations.”

This entry was posted on March 2, 2014 by 850ME in Posts, Press Release and tagged press release.