The band Spirit Animal are no strangers to the area, having been through twice opening for The Strutts and Theory of a Deadman in 2018. They are returning to Destin, October 8th at Club LA, 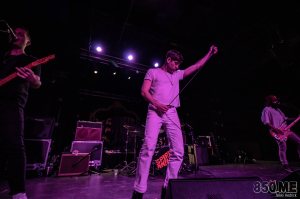 opening again for Theory of a Deadman. The show is sold out, but anyone who comes out should get their early so as not to miss Spirit Animal’s set.

Guitarist Cal Stamp noted how it was a full-circle experience. The band is now touring to support the deluxe version of Born Yesterday, and the previous version was released while on tour with Theory of a Deadman. “… That came out while on the road the Theory. And they gave us a real nice little celebration after the show. They bought us champagne and a cake that said, ‘Congratulations on your release.’ And we all hung out and ate cake, and it was really fun. So it’s fun that now we’re going to get to kind of have the same record rerelease happening this time. It’s nice to have it bookended with the same dudes, and they were just so good to us. But it’s going to be really fun being on the road with them again.”

The deluxe version, entitled Reborn Yesterday, includes a mostly acoustic version of the single YEAH!. Stamp says that they recrafted the song as requests for radio station studio sessions and special stages at festivals began to request acoustic sets. “We wanted a way to adapt it to the 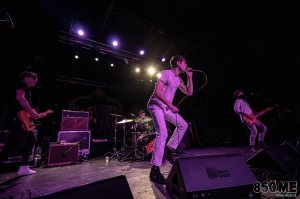 acoustic set without losing any of the swagger. So we sort of figured we could cheat a little bit – use this cheapo drum machine from the early eighties that Steve had. I would play the baseline on the acoustic, and he would sort of bang out the beat on the drum machine, and we can sort of recreate the basic bones of the structure of the original without losing too much of the swagger. And I think that we got pretty close.”

When it comes to big moments, Stamp says that their tour with Incubus was completed a childhood dream. “I grew up loving Incubus, and they were always kind of one of my “Oh man, wouldn’t it be sick if I could meet Brandon Boyd?” So when we found out that we were doing some dates with those guys, that was really exciting.”

Learn more about Spirit Animal on their official website: www.spiritanimal.us.